We are looking to install some form of electrical heating in each room, with the idea of heating only the rooms we need. 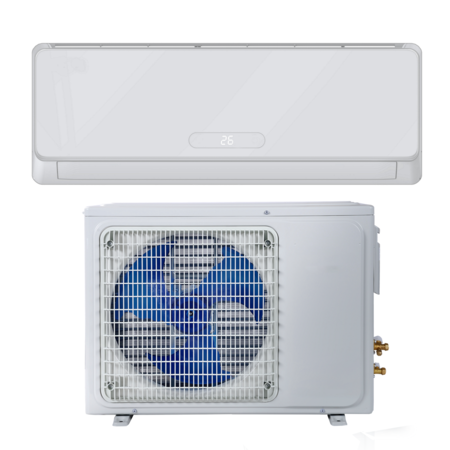 Obviously more expensive, but better in the long run?

Whilst there is generally a lot of negativity about them in UK I think they could play a role in flats and smaller houses. A lot of the negativity seems to come from them not being specced/installed properly (much like air to water heat pump systems). They also have added benefit of controlling ventilation, humidity levels, and can also do cooling in addition to heating more easily than air-to-water systems. I wouldnt buy an eIQ one though! Most of the large asian manufacturers like Mitsibushi, Panasonic, LG , Samsung have large ranges of air conditioners which use heat pumps (they often are marketed simply as more efficient aircon rather than air to air heat pump in other markets).

I would do some research into how they are controlled though. We have been in projects where they were trying to use them for DSR like in PowerShaper and they could only do it via the mimicing the IR control! Hopefully things have come along a bit since then.

There was a previous topic on air to air:

Hi there - are there any members running air-to-air heat pumps (rather than air-to-water) who have had any issues with COP/SCOP that’s lower than expected? I have a new 7.2kw system that’s running well below the expected 4.07 SCOP. A CC member on the Agile forum posted the below so I guess i’m not alone in this… [image]

You could in theory use them to heat a larger property but beyond a certain point a central heating system is going to be better.

Yeah, we intend to keep the central heating system in place, but only use it when the whole house needs heating, or when the solar isn’t producing.
Not good experiences with the eIQ brand? I think this one uses an unbranded Panasonic unit outside.
Control is a good point, this one uses smart life with can nicely integrate with my systems and the HEMS, but I have plenty of IR devices being controlled by a bridge already! Been fairly reliable