Insulating around RSJ in roof space

Having borrowed the thermal camera it was very clear that the perimeter of our bedroom ceilings were quite a bit colder than the rest of the ceiling. It is a 3 storey house with the top bedrooms partially in the roof such that the end walls are partially vertical and then sloped in line with the roof.

In the loft there are RSJs that run the length of the house - there is a lack of insulation around the RSJ and I can easily remediate this on the side of the RSJ that faces the centre of the loft.

What I’d appreciate some advice on is: 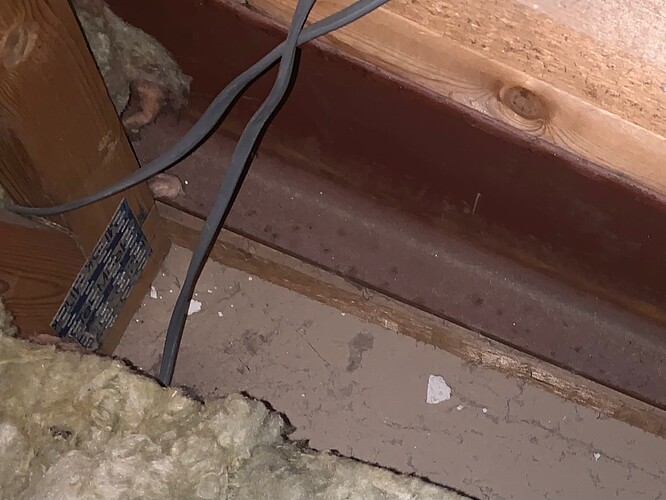 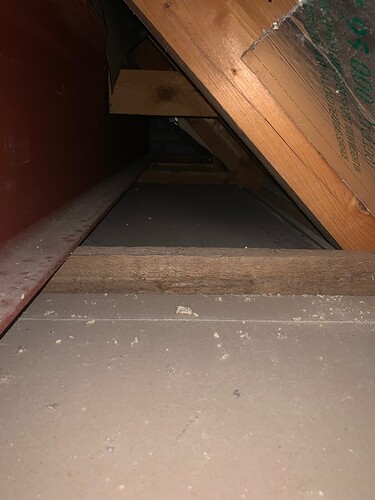 Before giving my opinion I would like some further data. I hope that’s ok.

Is the roof (allegedly) a warm roof? I notice there is no horizontal insulation in the second picture but the Kingspan seems to terminate a little way up the roofline. Also the thickness of the mineral wool in the first picture looks inadequate for a cold roof.

The loft itself is a cold roof and I’ll have to have a look at the RSJs but I suspect I won’t be able to see the ends.

The bedrooms on the third floor are partially in the roof and the slope you can see in the photo is all within the bedroom below. The kingspan is therefore laying on top of the sloped ceiling of the bedroom beneath.

The below may help to show the colder parts of the bedroom, 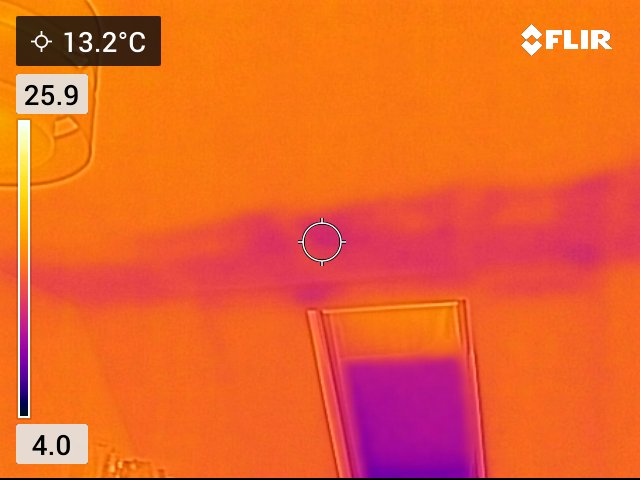 I’m having a problem visualising your room and roof but I do get the impression that the insulation isn’t balanced across the flats and slopes of the roof and that the RSJ is effectively not insulated at all.

I think the best solution would be mineralwool topped up to 250-300 mm where it is accessible and loose fill insulation into the areas where it is not. Make sure the RSJ is well embedded and covered. The Kingspan up-stands will act as retaining walls for the loose material.

If you insulate the entire length of the RSJ and not the ends, the steel will conduct the heat away. This is why you need to get the insulation under the RSJ wherever possible. It won’t stop the thermal bridging but it should reduce it.
It will also stop the RSJ acting as a heater in summer.

Thanks Tim - that all makes perfect sense and really appreciate your insight. Interesting what you said re the RSJs in the summer - the rooms are unbearable hot in the summer and I’d never thought that the RSJs could be part of the issue.

Now that you know some target areas I suggest that you get a relatively inexpensive infrared thermometer to check the temperatures of target areas before and after treatment I got my excellent one for about £30 4 years ago from the late lamented Maplins.

Many people in Britain think insulation is just to keep heat in. If that were so why are houses in the Outback insulated?

Insulation blocks thermal transmission, in any direction. I insulated the flat roof of a room that became like an oven in summer and suddenly it was just warm. If I’d done the maths I could probably have got to pleasantly cool.